The Summer Sevens Series is the annual domestic sevens series which is held every September & October, the series winners are awarded - The Estella Scott Memorial Trophy and the player of the tournament - The Peter O'Neill Vase. It is used by the National selectors to select the National sevens side which will head to the Rugby Americas North regional sevens Tournament and represent Cayman Islands. There are usually between 6 and 8 men's teams and 4 women's teams.

The series is played over 4 weekends in September & October with the team with the highest amount of tournament points being awarded the title each year.

The tournaments serve as a training camp for the national sevens team before they head to the annual Rugby Americas North regional sevens Tournament. 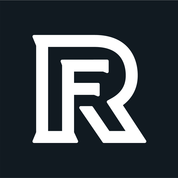